Brymir will celebrate the release of their 4th album at legendary Tavastia Club!

Brymir will celebrate the release of their 4th album at legendary Tavastia Club!

It was about time! Melodic death metal heavy-hitters Brymir are set to release their long-awaited fourth album and will celebrate the release at Helsinki’s legendary Tavastia Club on Wed 5th October 2022. All Brymir shows following the release of their 2019 album “Wings of Fire” have been sold out in the band’s home town.
Brymir’s 4th album “Voices In The Cky” will be released worldwide through Napalm Records on 26 August 2022. Presenting an explosive blend of epic melody, haunting melancholy and relentless velocity, the album might be the most hard-hitting Brymir album to date. Singles “Voices In The Sky” and “Herald Of Aegir” have found their way into several major playlists the world over and the pre-sales of the album are looking better than ever.
After the record release show, Brymir are preparing for an extensive 39-day European tour together with Finntroll and Skálmöld, thus making this night in Helsinki one of only few Finnish shows this year. This one is not to be missed.
BRYMIR
Album Release Show
Tavastia Club, Helsinki
Wed 5th October 2022
Tickets 23/25€
brymir
Share this post
Previous
Next 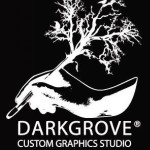